Bailey Wiley Is Smitten in New Single 'Between the Lines'

Just a week out from the release of her self-titled EP, Bailey Wiley drops ‘Between the Lines', a track that gives fans a glimpse inside Bailey's mind as she falls in love. 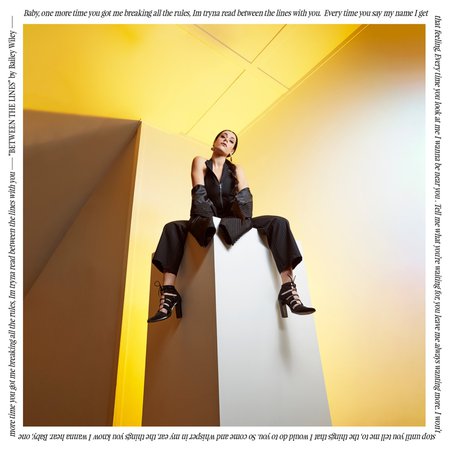 "The word ‘smitten' comes to mind when I describe the song ‘Between the Lines'", Bailey says. "It was written around the same time as ‘Sugar' and sits in a similar place. I got so much good material out of this point in my life."

"These are the moments we long to feel and describe in our songs as artists. You have to be brave to fall in love and you have to take risks. That's exactly what I was doing and where I was when I wrote ‘Between the Lines'. I wouldn't change a thing."

‘Between the Lines' showcases Bailey's incredible vocal technique, but it didn't come easy for the artist, who likens the writing and recording process to a marathon.

"The melody is dynamic and equally compelling - I wrote it like that on purpose. It was hard and very challenging for me mentally and physically. To be honest, I couldn't actually sing it from top to bottom when I first wrote it because my voice was so out of practice. But with some discipline and boundaries around my lifestyle, I got stronger and taught myself to sing again.

"Musically I was coming into the light when I wrote this song. Honestly speaking, I was only just beginning to fall in love with the art of singing again after taking time out. I am very proud of the vocals in this song, because of how hard I worked to get them right."

The song showcases Smokey's effortless and well crafted approach to music and his production chops once again. The sound created between Bailey Wiley and Smokey Got Beatz is a true representation of RnB as we know it today. The result is what could well be Bailey Wiley's strongest release yet.

Fall in love with Bailey Wiley with ‘Between the Lines', out today. Bailey Wiley's self titled EP lands on 17 May via A Label Called Success.