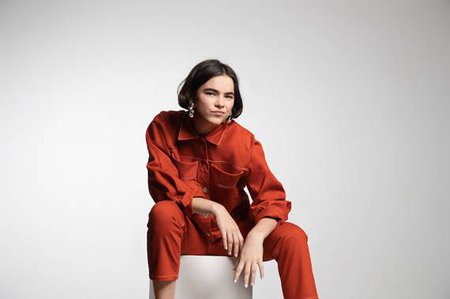 Hailing from the suburbs of Auckland, 19-year-old indie pop artist Bene returns with her latest single "Evil Spider," out today-listen HERE! Coming off the heels of her Platinum-Certified hit "Soaked," the up and coming singer and songwriter also announces her upcoming debut EP is set for release on June 28th.

Of "Evil Spider," Bene says, "‘Evil Spider' is about wanting someone that's already taken. When writing the song, I didn't wanna make the lyrics too obviously evil, so I thought I'd turn myself into the spider, making it a lil lighter and making the song revolve around me weaving webs to lure the person, catch ‘em like a spider then reel them in. I remember humming ‘Incy Wincy Spider' in the studio, which inspired the playful vibe of the song."

Bene has emerged as New Zealand's artist to watch with her chart-topping hit "Soaked," which quickly climbed Spotify's Viral Charts, accumulated over 17 million streams to date, charted on Australia's Triple J radio's Hottest 100 of 2018 and held the number one spot on New Zealand's Shazam Top 100 for two months, not to mention achieved Platinum Certification in New Zealand and Gold Certification in Australia. With endorsements from Zane Lowe and Apple's Beats1 radio, Bene went from playing her first small club gig to her first arena show-opening for longtime role model Lily Allen-in a matter of months. "Evil Spider" sets the stage for more new music from Bene this year!