Dynamic Duo Chores Drop New Single and Video 'By Your Side' 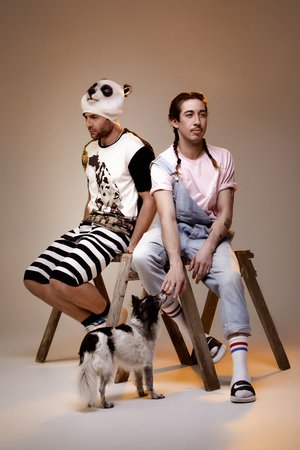 An energetic, beat-laden track, which straddles dance and pop, ‘By Your Side' pulsates with Chores' signature ‘get up and move' sound and is the latest installment in a winning string of singles from this dynamic Kiwi producing/DJ duo AKA Thommy Simmons and Sam Saunders.

A guaranteed dance-floor filler, ‘By Your Side' features vocals from singer MC Red London - Australia's answer to Jess Glynne and Zara Larsson. The single is also accompanied by a video produced and directed by Tim Lambourne, alongside Jessica Sanderson and Taylor Mansfield. It features footage from Chores' sets in Fiji, Australia, Rhythm and Vines and Deep, Hard and Funky. The "behind the scenes" style video captures the madness and the magic that is a day in the life of Chores and even features a cameo from Peking Duk.

The video has premiered on Remix Magazine and can be viewed here - http://www.remixmagazine.com/kiwi-duo-chores-drops-new-single-side/

One of the most exciting new acts this side of the equator, Chores are known for pairing soulful vocals with infectious deep house and pop melodies. Their previous singles, ‘Telling Lies', ‘Gravitate' and their most recent, ‘Away', have accumulated more than one million streams across Spotify, Soundcloud and You Tube.

Chores are also nominated for ‘Best Breakthrough Act' in ‘The Georgies' - George FM's first annual awards celebrating all the finest in music that New Zealand has to offer. You'll also catch them this summer at some of the biggest and best festivals on Kiwi shores, including Rhythm and Vines.

Get ‘By Your Side' on iTunes HERE