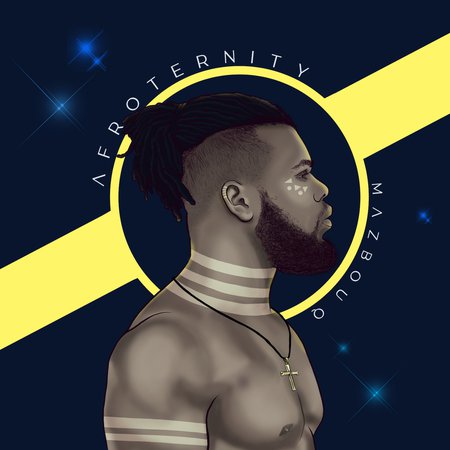 Listen to the full EP HERE

Mazbou Q describes ‘Bad Energy’, which features Oklahoma rapper and producer Kevin Posey, as one of the more sonically darker tracks in his discography. But in keeping with the Auckland-based artist’s modus operandi, the message is as powerful and as positive as ever. “The main theme is to not let negativity into our lives and focusing on the positive in any given situation”, says Mazbou Q.

“Ironically, it plays on mainstream hip-hop’s historical tendency toward violent themes by which its usage of violent imagery against an abstract embodiment of ‘bad energy’. The idea is that if we figuratively kill the negativity in our lives, we will be better off for it,” he adds.

The man behind the Mazbou Q moniker – Hugh Ozumba – is no stranger to Aotearoa’s music scene. After carving out a name for himself as Unchained XL, he made the bold move earlier this year of revealing a new stage name and new music.

“When I chose the name Unchained XL, it represented whom I was at the time. However, a small but growing part of me was never able to fully embrace it and I have struggled to sit in that discomfort. My response was to retrospectively pack extra layers of meaning into the name, hoping it would resonate more fully with whom I was becoming as an artist. Nevertheless, the more ‘me’ I became through my art, the less ‘me’ the name felt. It was for this reason, as I entered a new year, decade and season of life, I chose my new artist name Mazbou Q - encoded from my birth name,” he explains.

The EP’s first single, ‘To The Gates’, accompanied by a powerful and exquisitely shot video (watch HERE) premiered on NZ’s top hip-hop and R&B station Mai FM and was added to bFM. It was followed by the second single ‘Blacklight’ feat. Mo Muse and Phodiso. Combined both tracks and their videos have received tens of thousands of streams across multiple platforms.

It laid down the foundations for the release of AFROTERNITY, which officially marks a new chapter in the journey of one New Zealand’s most unique artists.

“My music remains unapologetic in its political message - one of anti-racism and black consciousness. On previous records it hasn’t left much space for confidence in self, perhaps as a subconscious concession to New Zealand’s tall poppy syndrome. In AFROTERNITY, I evolve past that - I’m not afraid to shine on this EP.”