MERMAIDENS PREMIERES VISUALS FOR 'MILLENNIA' LOOK ME IN THE EYE, OUT SEPT 6 ON FLYING NUN RECORDS 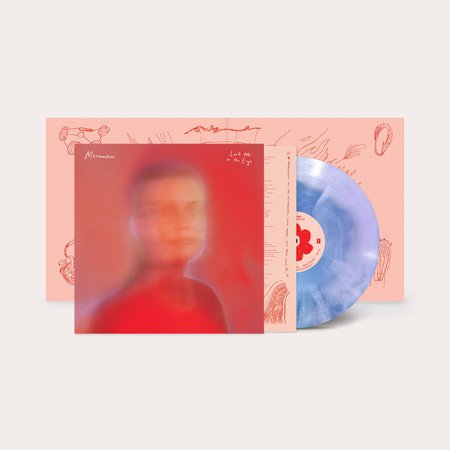 “Everything is on spinning platforms, and the video eventually reveals that this woman and all her masks are on display too,” says co-frontperson and bassist Lily West. The circling visuals feel forced from reality, as the character contemplates life in an overly constructed dream world that cycles through different personas this character has created for themselves.

“Millennia is a deadpan dig at the masks we wear. I wanted us to explore the mess of feelings around that twisted meeting of media and identity and how it can create such a warped sense of reality. There’s an implication that we can’t be successful without this system, despite it not being that much good for anybody. The song is a big faker too - it's all pep and pop hooks, but it's a sad story. The title is a personal joke about feeling old at 25, it was always meant to be the temporary title as it’s not exactly subtle. But after recording, when the song turned out to be so melodramatic, it stuck.”
Listen to ‘Millennia’: https://ffm.to/millenniaWatch ‘Millennia’: https://youtu.be/jR9MK-2uU5o