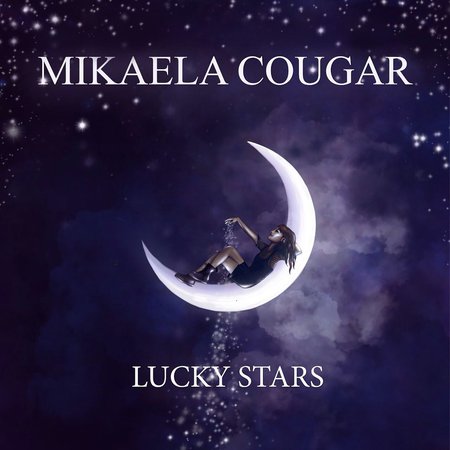 An effortlessly cool and catchy as hell tune, which harks back to the golden era of 90s indie-grrrrl-rock, ‘Lucky Stars’ is the first official release from Mikaela - a student at MAINZ in Auckland, studying a Bachelor of Musical Arts. A free spirit form west Aucklands’ black sand beaches, bringing her whirlwind of sounds shooting you through moonbeams landing you amongst the stars. With her debut single Lucky Stars with plans to follow up with a 4 song EP, her mystical input into the Auckland punk scene is the first of many to come.

“Writing this song was like cutting myself a key to unlock the first door of the internal prison I was confining myself too. It was a form of healing, I didn’t think much of the song, until my producer Tony Waine was adamant this was the song we should work on first. I love the pop structure & formulas of songwriting, its clever and fun, so I crafted it to be just that. Surrounding this structure with an array of idiosyncratic sounds to match my personality, influenced from post punk bands such as The Cure and Siouxsie and the Banshees, sprinkling some shoe gaze glitter on top, holding the persona of a grungy, gypsy, summer wild child of the 90’s with a DIY Riot Grrrl attitude. With Tony Waine producing, Johnny Fleury on guitar and bass, mixed and mastered by Zed Brookes.”