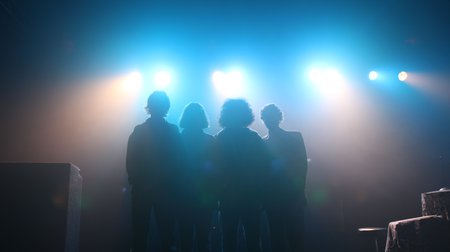 ‘Baby Ate A Biscuit' is a track that is hard to squash into any one style or genre. Accessible but experimental, the band show a more soulful side after last year's Rock 'n' Roll influenced debut single 'Suzy Come Home'.

"We like to joke that it's a pop song from the future." - Serious Happiness.

To celebrate the single's release Serious Happiness are playing a one-off show at Auckland's Whammy Bar Backroom with support from The Vibes and Blu Fish, follow Serious Happiness on Facebook/Instagram for more information.