Whatever doesn’t kill you makes you stronger, and for pop polymath Daniel McBride the road to his long-awaited and triumphant return has been littered with obstructions. 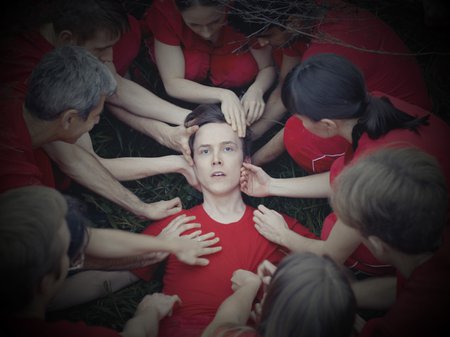 
Yet the battle to overcome them has elevated his perspective, with the new record showcasing his unique ability to document a young life in disarray, against a complex backdrop bridging mutant R&B, post-classical, minimalism and electronica. The album was written, performed and recorded entirely alone, and is accompanied by striking visuals; McBride features in his own videos, using his body as a blank canvas to portray emotion and artistic expression, with alarming juxtapositions striking a balance between darkness and humour.

Two-Minds is McBride’s first full release since his debut Egospect dropped in 2013 to critical acclaim, shortlisted for 2014’s Taite Prize (won that year by Lorde). “I’m still really proud of that record,” McBride notes. “But I’ve moved on since.” This long-awaited album is a quantum leap: more refined, dextrous and ambitious than its predecessor, full of joy, colour and energy. In a complex and often breathtaking 41 minutes, its 8 songs weave dizzying rhythms, exquisite choral harmonies, pulsing post-classical hues and spacious dabs of woodwind. Intense personal reflections entwine lyrically with love songs and balladry. Yet there’s no escaping its dark and painful origins:

"The album was written during a period of chronic physical and mental illness; it's a document of that time. But I still see Two-Minds as a positive statement - it's about recovery as much as it is about illness, and about the shafts of light that could shine through even in the depths of it."

Accompanied by an epic video of unsettling imagery, bizarre dance routines and dark humour, the title track - one of the album’s more succinct pop songs - captures the duality and confusion surrounding McBride’s relationship with mental illness.