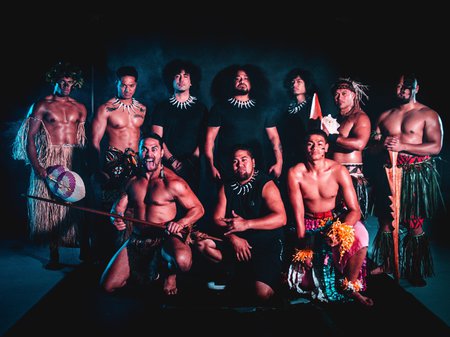 Polynesian metal band Shepherds Reign deliver a hard hitting homage to fathers and role models everywhere with the video for new single, Legend which releases today. The video stars heavy hitter and legend in his own right, David Tua ONZM. “David Tua has always been a role model”, the band explains, “for all New Zealanders, and especially those from South Auckland. He’s well respected and still has one of the biggest left hooks in boxing. He was the obvious choice to approach for the video.” Shot in part at David Tua’s gym, the video is a testament to never giving up, and drawing on the strength of your identity to gain the courage to follow through – no matter how far the odds are stacked against you. The video is made with the support of NZ On Air and is shot and directed by Kwasnik Pictures, who have previously worked with Alien Weaponry, Rei and Team Dynamite. The end result is nothing short of stunning.

A stand out track from their self-titled debut album, Legend has been reworked to fuse traditional Pacific pātē drums with a tsunami of riffs and a heavy dose of double kick. Top it off with in-your-face vocals and a soaring melody and it’s a full metal onslaught, South Auckland style. It’s a sound that Shepherds Reign can well and truly call their own, and just a taste of what you can hear on their full length debut album which was released late 2018.Shepherds Reign draw straight from the heart for inspiration, and play it as they feel it. There is nothing else like them in Aotearoa. Shepherds Reign are:Filivaa James (vocals, keys)Oliver Leupolu (guitar, production)Gideon Voon (guitars)Shaymen Rameka (drums) Follow Shepherds Reign:FacebookYouTube Legend, from the self-titled debut album Shepherds Reign, is out now through Spotify, Apple Music and iTunes.