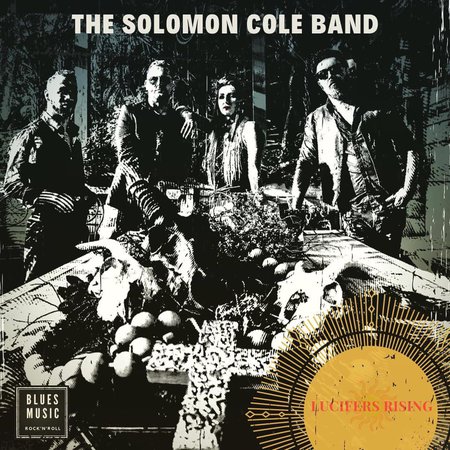 Their grinding new stomper of a single is entitled ‘Lucifer’s Rising’.

Vocalist and songwriter Solomon Cole crafted ‘Lucifer’s Rising’ from the bones of an emotive blues chant and built a classic tale of atonement and redemption around it.

Solomon states, “I had fallen upon dark times, and this song was the call to bring about change and evolution, a redemptive path was needed to turn things around."

Off the back of their debut album Bruises, Solomon sees ‘Lucifer’s Rising’ as the perfect place to kick start their sophomore release. “Lucifer’s Rising is the beating of the drum to let the world know exactly what we are about and scratch out our own little patch of dirt in a sea of unlimited content”.

The Solomon Cole Band has opened for Martha Davis & the Motels (US), My Baby (Europe), The Animals (UK) and The Supersuckers (US) with Solomon selected to open solo for The Marcus King Band (US).

2021 is already looking up with the band being invited to play the main stage at next year’s Splore Festival. Their sophomore album A Little South of Heaven is set to rise from the flames next year.