A blend of live and recorded performances provided a unique event to celebrate singers, songwriters, producers and performers working in the Māori music industry. 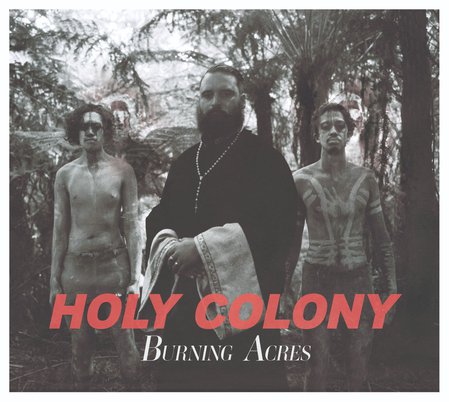 The continuing threat of Covid-19 prompted organisers to move the awards event online to ensure people were safe, but still able to celebrate Māori music.

National Waiata Māori Music Awards Executive Director Ellison Huata said she was pleased with the way the event was able to adapt to offer a virtual awards offering.

“It’s important we continue to recognise and celebrate all of our Māori artists working in the industry.

“It’s been a very difficult year, with many of our artists unable to perform at live gigs. Hopefully this will provide them with something positive to focus on with the possibility of live performances returning to New Zealand heading into summer.”

The awards event aims to develop and promote the diversity of all Māori music to showcase and celebrate its excellence, to recognise the unique vision of Māori composers and musicians.

“It’s always great to celebrate the achievements for those working in the music industry but also we do our best to encourage new and emerging artists, to ensure we have a continuing stream of talent coming through.

“We hope to see more of that new talent at Waiata Māori Music Awards events in the coming years.”

Ria Hall dedicated her award to “all of the young wāhine Māori who are coming through the [music] ranks - this tōhu is for you.”

“I am really grateful that this tōhu is coming to Tauranga Moana [her home], although I want to recognise the caliber of all of the musicianship among my peers, it is so high and I am really proud of us all.

“It really showcases our diversity and the various forms of Māori music.”

L.A.B which was founded by the Kora brothers Brad and Stu, secured four awards for 2020.

Lead vocalist Joel Shadbolt, after winning the Best Pop Album Award, said it was an incredible experience to be a finalist among so many other talented artists.

“I want to give a massive shout out to our families. Nothing happens without sacrifice, and as a lot of you know, following your dreams and what you want to do in a creative life, requires a lot of sacrifice.

“When you get recognition for what you do, it makes your family proud and the people in your life proud, thanks so much Waiata Māori Music Awards.”

He said song writing for L.A.B was a collaborative process but he credited Brad Kora for his leadership and his ability as “an incredible songwriter”.

The Best Te Reo Māori Album Award was won by Wellington band, Grove Roots, which was formed by Noel Woods.

The Best Hip Hop Album by a Māori Artist Award was won by Rei, for his work on Hoea, which he said was his first te reo Māori project. Rei also launched a new single recently, called Borderline.

La CoCo is a Samoan-Māori music artist from South Auckland and she won Best RnB Album by a Māori Artist in 2020 for her work on Grateful.

Radio Airplay Song of the Year by a Māori Artist Award was won by SIX60 for their song, The Greatest.

The song, Ka Mānu was composed by Rob Ruha. The musicians worked together to record the song to support the Ihumātao land protectors.

SIIAM thanked the National Waiata Māori Music Awards and said the tohu was confirmation of the musical journey he was on.

He also thanked his music tutors at the Eastern Institute of Technology in Hawke’s Bay as well as his family and friends.

SIIAM was also one of the performers for the show, singing his waiata, Now U Know.

In the Iconic Awards category, Upper Hutt Posse founder Darryl Leigh Tomson (DLT) was the recipient of the Lifetime Contribution To Māori Music Award, recognising his work as a singer, songwriter, producer and mentor for many young Polynesian hip hop artists, as well as being an advocate for all things Māori.

The late Te Taite Kupa was the recipient of the Iconic Māori Music Composer Award, recognising decades of work performing and writing songs internationally which continue to inspire new generations of Māori artists.

The award was accepted on his behalf by his whanau.

The 2021 National Waiata Māori Music Awards event will be held on September 10.

Radio Airplay Song of the Year by a Māori Artist Award

Best Music Video of the Year by a Māori Artist Award

Sponsored by Aotearoa’s Most Talented

Sponsored by Aotearoa’s Most Talented

Back to Commission News